The evolution of DfMA

Overhead. Design contingencies. Risk. Change orders. It’s time for a new vocabulary when we talk about construction projects— early, fast, perfect fit, as-planned. Design for manufacturing and assembly (DfMA) takes a new approach by making fast, efficient construction a top consideration during design. A look at architecture and engineering firm Bryden Wood’s history with DfMA provides a window into what DfMA is and how it’s changing the industry. From a DfMA project at Heathrow and Gatwick Airports in the early 2000s to the more recent London Crossrail project, Bryden Wood has undertaken designs that incorporate off-site manufacturing and easy on-site assembly.

“DfMA brings the efficiencies of manufacturing to construction—with speed and flexibility. Revit and other BIM tools should play key roles in helping more project teams model design for manufacturing and assembly from the very beginning.” 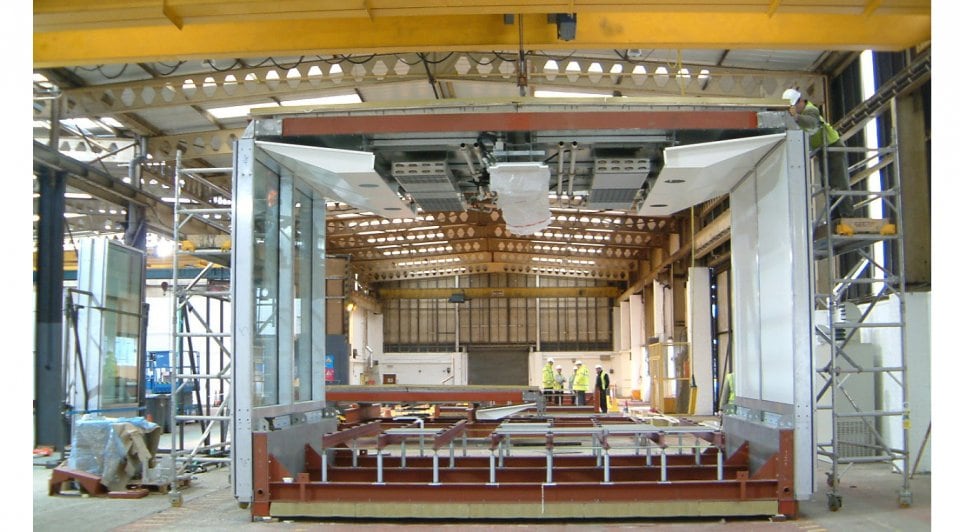 Designing for efficient fabrication and assembly

The people at Bryden Wood know that construction projects are complex—they’ve been analyzing that complexity for more than 20 years. The firm’s architects and engineers have been looking for ways to simplify that complexity and deliver better, more predictable projects. The London-based company was an early adopter of DfMA, a design approach that combines the ease of manufacture with the efficiency of assembly, minimizing product cost through design and process improvements.

Bryden Wood considers DfMA “a way of thinking,” applying the approach at all levels—from traditional construction to advanced off-site prefabrication techniques. DfMA is increasingly being adopted in the industry, allowing Bryden Wood to deliver more effective designs by taking construction methodologies, material, and labor considerations into account earlier in the process.

Have an outstanding AEC project? Submit to the 2019 AEC Excellence Awardslearn more

The traditional way to approach a design is to understand user needs and develop an efficient way to meet those needs. At Bryden Wood, architects and engineers dive deeper and don’t stop at the efficiency of the design for end users. They also design for efficient fabrication and assembly. This allows the Bryden Wood team to deliver highly complex projects faster and more cost effectively. Their BIM-based toolkit helps, with Revit building design software and other BIM (Building Information Modeling) tools within the Architecture, Engineering & Construction Collection playing key roles.

Jaimie Johnston, head of global systems at Bryden Wood, explains: “Bringing the efficiencies of manufacturing to construction starts with design. We model an effective design, and then consider the best way to realize that design. By taking as much as possible into account, DfMA reduces risk, waste, and uncertainty.”

Simplifying the complexity of construction

Construction projects are notoriously unpredictable. Clashes between building systems and other design elements lead to rework, delays, and added costs. Late material deliveries force highly skilled and highly paid workers to wait, while early material deliveries contribute to cluttered and chaotic construction sites. A shortage of skilled tradespeople can slow projects and add to costs. Even with the best planned and designed projects, atypical weather can throw construction off schedule. 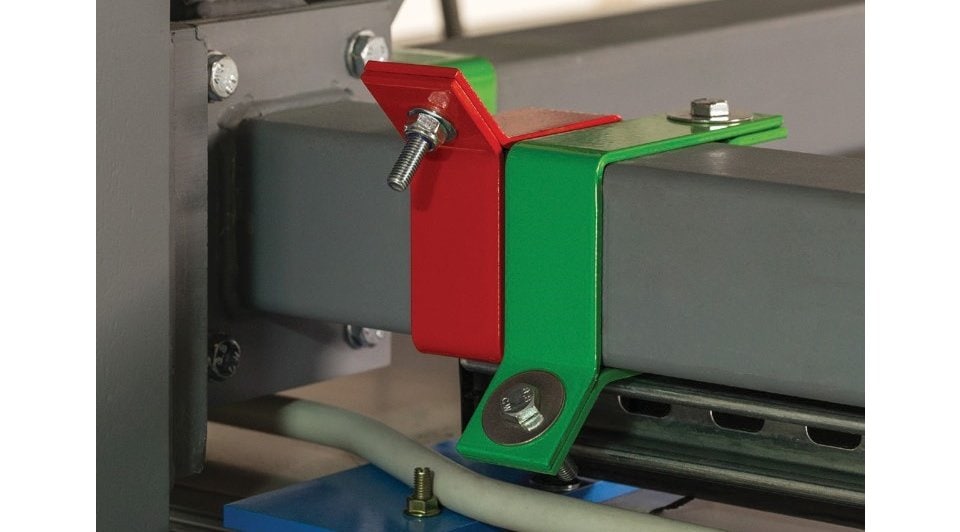 Bryden Wood set out to tackle the challenges of both traditional and off-site construction by developing designs and project plans that account for all the details. When the firm started on its journey in the early 2000s, team members found that their design software helped, but only to a point. The 2D tools common at the time lacked the power to model designs and the intelligence to streamline planning—both important aspects of DfMA. But Bryden Wood persisted, with the Heathrow Gatwick Pier Segregation being an early successful foray into DfMA. As design software advanced, so did the sophistication of Bryden Wood’s DfMA process.

“Simplifying the complexity of construction started out as a highly manual process for us,” says Johnston. “Ideal early projects proved to be ones where the design was straightforward, but the site presented constraints that made off-site manufacturing and easy assembly a good fit. As we mastered our approach, design modeling tools like Revit added momentum to DfMA.”

“We model an effective design, and then consider the  best way to realize that design. By taking as much as possible into account, DfMA reduces risk, waste, and uncertainty.”

The Heathrow and Gatwick Pier Segregation project took place in 2004 and 2005. Among the busiest airports in the world, Heathrow and Gatwick needed a better way to securely process arriving and departing international passengers. Airport leaders developed a plan that required the installation of more than 1.5 kilometers of pier segregated corridor, with much of that new corridor going in near operating terminals and runways. Charged with developing a design and installation plan that minimized disruption, Bryden Wood turned to its 2D design software, including AutoCAD software, to develop a solution.

The Bryden Wood team designed the corridors, and then planned how they would be made and assembled. Setting up manufacturing facilities near each airport formed the cornerstone of the program. People in the facilities would make entire sections of corridor off-site. These sections then traveled the short distance to the airports for assembly. At the site, people simply attached the sections—the process was so simple that even people without prior construction experience could do it.

“Spreadsheets and planning tools helped us manage the project,” says Johnston. “Plus, we had to rely on manual processes for aspects of the project that would have been much easier with BIM. But the hard work paid off. About 80% of the project came together off-site in our nearby factory. Airport operations continued as usual, and the total cost was 36% less than traditional construction.”

He adds, “Building in one location and assembling in another involves many logistical complexities. We learned quite a bit about what makes DfMA work on the Pier Segregation project and other early efforts. Those lessons helped as we turned to BIM to bring higher levels of efficiency to DfMA. As model-based design with Revit swept the industry, we were more than ready. Modeling presented a way to explore every aspect of a design in advance.”

Factory in a box: Made to suit any site

The more recent Beta Building project for international pharmaceutical giant GlaxoSmithKline (GSK) demonstrates the potential of model-based design and planning to bring DfMA to more jobsites. GKS wanted to be able to build facilities more quickly. Just as importantly, the company wanted to make it easier to open high-quality pharmaceutical facilities in the developing world. Turning to Bryden Wood, GSK was open to an innovative approach.

To get started, the Bryden Wood team modeled different options in Revit. Using 3D visualizations to communicate with GSK’s pharmaceutical experts streamlined the process. GSK could then outline its needs and work with Bryden Wood to configure a solution, which might be a new facility or changes to an existing facility.

Bryden Wood implemented its “factory- in-a-box” approach, in which color-coded components are prefabricated off-site, loaded into a shipping container, and then shipped to the destination jobsite anywhere in the world. At the jobsite, only simple tools and techniques are required to put the factory together. Using a color-coded BIM model that matches the color-coded components, the construction team—made up of nonconstruction workers—is able to assemble the parts quickly and easily. The benefits of this modular-construction method are waste reduction, cost savings, and productivity increases. 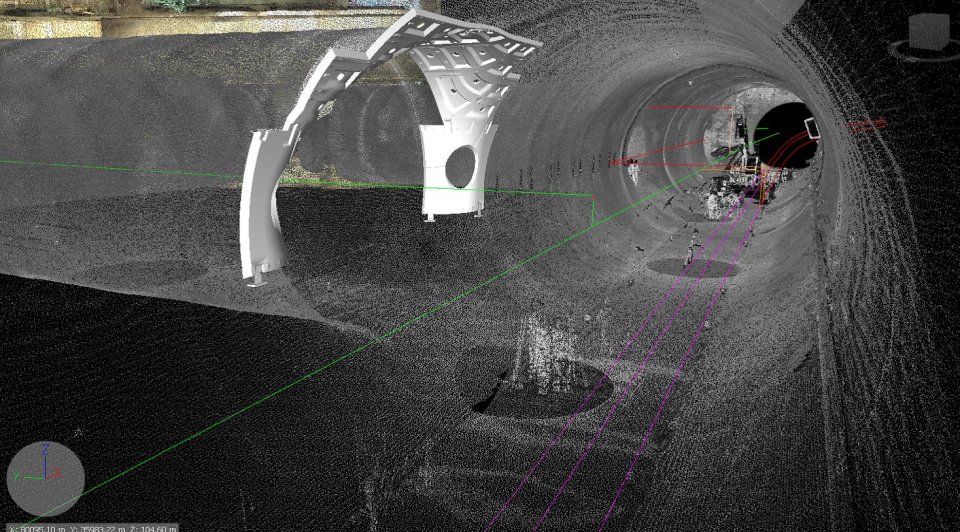 “Component modeling in Revit advanced so quickly that we gave GSK subject-matter experts space in our office,” says Johnston. “We didn’t waste days gathering feedback, instead the experts helped us refine a library of pharmaceutical factory components in real time.”

The resulting beta “factory in a box” went up in 60% less time and required 75% less labor than a traditional project. Despite investing significant time and effort refining the Beta Building, GSK found that the project was cost neutral, with the outcome costing about the same as traditional construction.

“On the GSK beta factory, we were able to develop something that could go up easily in just about any location,” says Johnston. “To assemble the initial Beta Building, we trained a team of military veterans with little or no construction experience. We showed them Navisworks models and 3D assembly sequences as part of the training. They understood what they needed to do, and they delivered in less than half the time you’d expect from a traditional approach.”

London traffic and transport has long been plagued by a problem—there are few good ways to cross the city from east to west. London Underground lines that do travel from east to west are typically clogged with passengers. The £15.4 billion London Crossrail project will address the problem by adding new underground tunnels to the transport system.

Contractor Laing O’Rourke won a contract to construct a portion of the project, including additions to the busy Tottenham Court Road, Liverpool Street, and Whitechapel stations. To avoid constructability issues, Laing O’Rourke turned to Bryden Wood to apply its DfMA expertise to the undertaking.

“People had the right components, in the right place, at the right time. So far, they’ve installed thousands of panels—not a single one didn’t fit or required rework. Everything was modeled in Revit and Navisworks, and everything progressed as modeled.”

The Bryden Wood team explored the existing design with an eye to manufacturing the tunnel panels off-site for quick on-site assembly. Breaking the design into the smallest details, the team modeled every aspect in Revit. They also used Dynamo, a computational design tool, to help automatically model hundreds of possible fabrication and assembly options to find the most efficient way to realize the tunnel. Using Navisworks, they sequenced the assembly process and addressed constructability issues in advance.

“We received a lovely concept to get us started, and we broke down the tunnel design components,” says Johnston. “The idea was to find the best way to make as much as we could off-site, and bring the pieces underground for fast assembly. DfMA requires a workflow that accounts for construction-site conditions from the beginning. People on-site should be able to spend all their time assembling—not standing around troubleshooting.”

Working from Bryden Wood models, manufacturers created the panels for the stations and tunnels. As needed, trucks brought the panels to the jobsites— always at night to avoid congested traffic. Navisworks helped plan every move in advance. When they came to the jobsite each morning, the people got to work assembling the tunnel panels. After work began, something unexpected happened. The assemblers found the panels so easy to assemble that the team had to accelerate the manufacturing schedule.

Johnston describes the assembly success: “People had the right components, in the right place, at the right time. So far, they’ve installed thousands of panels—not a single one didn’t fit or required rework. Everything was modeled in Revit and Navisworks, and everything progressed as modeled.”

Modeling design for manufacturing and assembly from the start

Bryden Wood’s long history with DfMA gives Johnston a distinct perspective on its future. “The way we build needs to change to become more efficient,” he says. “Otherwise, it will be impossible to create a built environment that meets society’s needs. DfMA brings the efficiencies of manufacturing to construction— with speed and flexibility. Revit and other BIM tools should play key roles in helping more project teams model design for manufacturing and assembly from the very beginning.”