The future of making

All images courtesy of Stoke-on-Trent City Council except where noted. 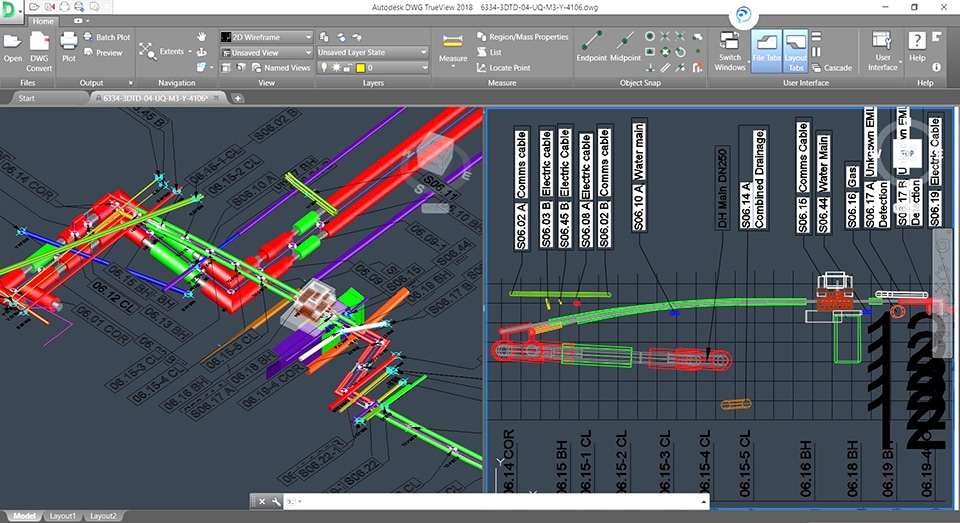 Design clash check of DHN Pipes with all other Utilities

As a local authority, and in line with public sector requirements to be carbon net-zero by 2050, Stoke-on-Trent City Council embarked on the construction of a city-wide low carbon heat network in 2017, which includes 18 kilometres (km) worth of underground pipes. However, after encountering several issues during phase one, the council decided to change tact. It procured a new contractor to carry out the work and brought the design process in-house, exploring the merits of BIM with the help of Autodesk.

Out with the old, in with the new

“To manage the design element of the project more effectively, we decided to keep the design responsibility of Phase 2 within the council and contracted 3D Technical Design to work on the design on our behalf as part of the team. However, we knew that this made it even more important to overcome potential communication issues. We started exploring different BIM tools so that we could establish a Common Data Environment (CDE) to manage all aspects of the project. Based on price, quality and functionality, Autodesk came out on top,” said Sébastien Danneels, DHN Technical Lead Manager at Stoke-on-Trent City Council.

He added that, “As a local authority, we have diverse services that are all subject to the same level of high-level IT security. For BIM to work, we needed our IT team to allow us to access the CDE hosted by Autodesk that would also be accessed by our contractors and consultants. Thankfully, the robust security measures that Autodesk employs means it wasn’t an issue.”

Laying new heating pipes is not an easy feat. Get the calculations wrong and the work could impact third party assets in the ground. Any unforeseen issues such as finding an unmarked obstacle in the ground could also lead to delays that disrupt the operation of businesses and lives of citizens. For Stoke-on-Trent City Council, the pressure was on to ensure the project was delivered within cost, to a high quality and on time.

However, despite a lot of pre-planning, very soon into phase one of the project (2km worth of pipes) the team realised they had to change tact. Unforeseen obstacles, poor communication between design iterations to solve the issue, and email and paper-based project management meant that it took an average of three weeks to close problems – leading to severe delays and cost implications.

“Thanks to the improved operational efficiency we realised through BIM 360, we were able to slash the redesign time from three weeks to an average of three days – a whopping 600% reduction in time.”

Upskilling in BIM to realise full benefits of technology

With the council adamant that every communication needed to come through BIM, the project coordinator used the three-month period it took to procure the new contractor, Vital Energi Utilities, to upskill in BIM, namely Autodesk BIM 360 Docs and Field, to assume the role of BIM Manager. In hindsight, this was invaluable since he then developed and launched the system and also upskilled the contractor’s on-the-ground project managers. 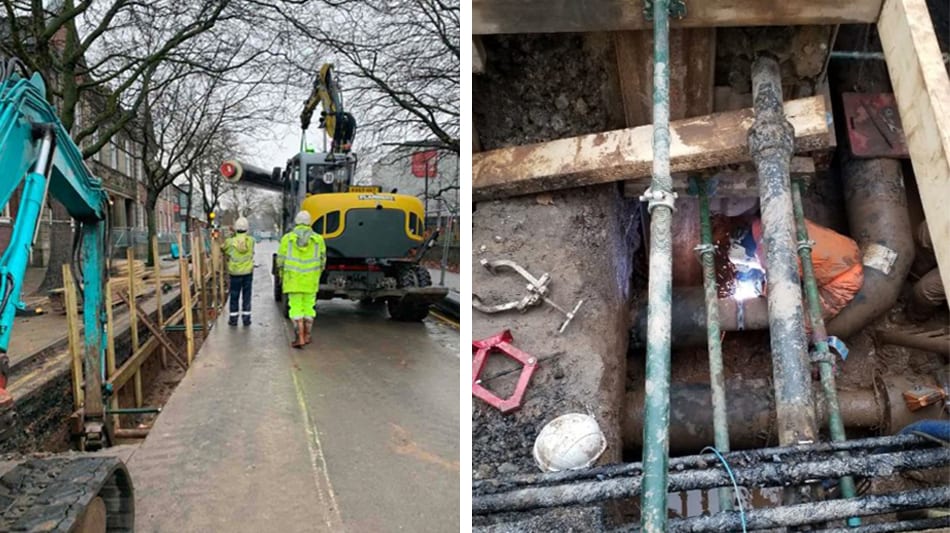 Paul Mountford, BIM Coordinator at the council outlined that, “We didn’t want to explain just how to use BIM, but why the contractors should be using it. By identi­fying the benefits of working with BIM, it’s much easier to drive adoption. For us, a single source of truth that holds all project data and a real-time model, makes it much easier to limit disputes, communication issues and delays. Ultimately, it’s our belief that having transparent collaboration would lead to greater efficiencies and time and cost savings – a win-win for the contractor and the council.”

Daniel Davies, Senior Project Manager, Vital Energi Utilities, commented, “Since I already had experience using tech, I didn’t find getting up to speed with BIM 360 challenging and it soon became fairly simple to encompass in our Health & Safety, Quality Assurance and workflow submittals.”

“It soon became fairly simple to encompass BIM 360 in our health and safety, quality assurance and workflow submittals.”

BIM 360 was used as the main communication platform, with the CDE enabling all stakeholders to view up-to-date files any time they needed. The council was also able to allocate permissions to only allow authorised users to edit files, helping to retain ownership of the project.

Though weekly face-to-face meetings were held between project leads to discuss progress and next steps via the 3D models, the collaborative nature of BIM 360 really hit home when the Coronavirus pandemic started; enabling stakeholders to continue working together remotely across various platforms, as well as offline and online.

This included a third-party engineer who used the BIM models to check that the technical aspects of the project were being done properly and to specification. “While the engineer used BIM 360 Field from a technical standpoint, we saw real value in using BIM 360 to manage the commercial side too, rather than extracting costs into an Excel sheet. In the next phases of the project, we hope to incorporate this functionality in the future to drive even greater efficiencies” added Danneels.

As with the first phase, during the second the contractors found obstacles that weren’t foreseen despite pre-construction surveys. But, thanks to the improved operational efficiency realised through BIM 360, the council was able to slash the redesign time from three weeks to an average of three days – a whopping 600% reduction in time. The contractors mapped surveys in 3D, annotated models and attached photos of the site in BIM 360, providing designers with the right information to reconfigure designs quickly and accurately.

David Underwood, Head of Design at 3D Technical Design, commented, “BIM enabled the transfer of data and information between the client, site team, and the design team almost simultaneously, allowing us to re-design, re-issue, and coordinate information with great efficiency through the BIM interface.”

Ultimately, working to BIM models negated the need for re-work and reduced time delays, and therefore costs. In fact, the efficiencies that working with BIM delivered meant that the second phase of the project was completed on time. Not only that, but it was also completed on time and around 3.2% under budget which Danneels added is “unheard of in this industry”. He continued that “the fact this section of works was the first one delivered using BIM and was also the first one delivered on time and under budget, is a testament in itself.”

“A single source of truth that holds all project data and a real-time model makes it much easier to limit disputes, communication issues and delays. ”

Originally purchasing 15 licenses at the beginning of phase two, Stoke-on-Trent City Council now have 25. He continued, “BIM has been instrumental to help everyone to be as efficient as possible, especially since BIM 360 Docs is accessible on phones and tablets. Project managers could very easily show welders down in the trenches exactly where work was needed. Working in a 3D model really has been a dream.” 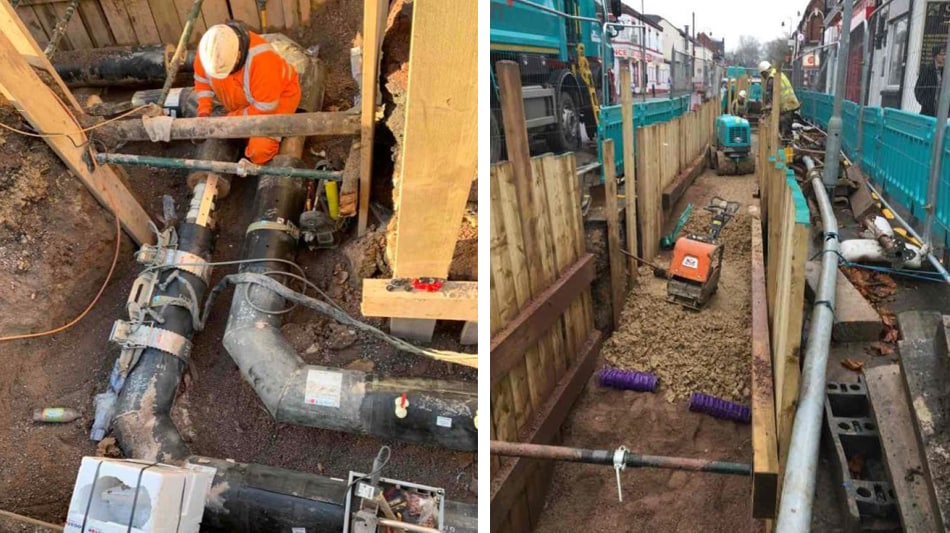 Also reflecting on phase two and next steps, Davies commented, “As the contractor, we were only utilising what I believe is a small part of BIM 360’s capabilities – its document control and collaboration. In the future, I wholeheartedly believe that if we utilised its full toolset and plugins, such as site diaries and programme, it would streamline the process more without the requirement for more third-party software. BIM 360 has it all.”The council and contracting team hope to take the learning from phase two as they progress the project. However, Danneels is already thinking about how BIM could be used more broadly within the council.

He concluded that “Working with BIM has enabled us to stay in control of projects and build confidence with the public. We were the first team to use BIM in the council and while our project is small in the grand scheme of council infrastructure, we hope to drive further adoption of BIM. As well as a design standpoint, we see real value in creating a single depository of all infrastructure, buildings, and land data to support facilities management, for example.”

Are you ready to innovate?

The Architecture, Engineering & Construction Collection gives you access to a set of integrated tools and powerful workflows for building design, civil infrastructure, and construction—to help you deliver your best work.

GET THE COLLECTION - FREE TRIAL

Benefit from construction management software to connect, organise, and optimise your projects